We launched My Media Center in the Windows Store for Windows 8 in January and response and feedback have been fantastic! Within just a few weeks we reached the #2 spot in Top Paid Apps and we thank you for all of the support. In the weeks following launch we released several app updates with a few new features and bug fixes based on everyone's feedback. However, we aren't done just yet and today we submitted version 1.3.2.3 for certification. This release has additional bug fixes, keyboard navigation support, and most importantly, advanced live tile support. 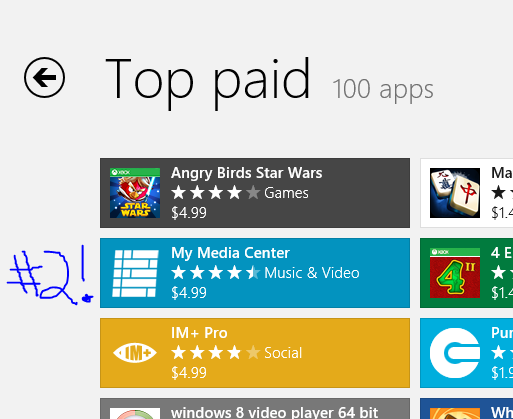 Since launch, My Media Center for Windows 8 has supported Live Tiles, but they were limited to the last device you connected to and you weren't able to control what actually showed up on the live tiles. With this release that all changes. You will see a brand new settings charm for Live Tiles inside of My Media Center: 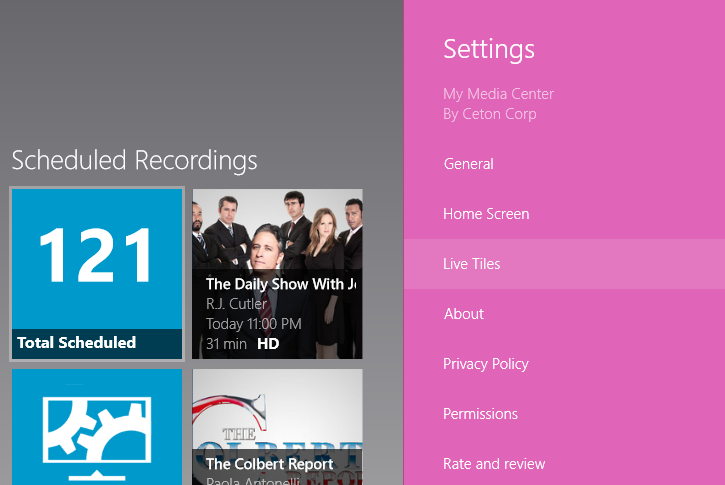 There are several sections to the settings charm. Inside of General you will find settings for filtering, sorting, number of items to gather and more. Under Home Screen you are able to completely customize the home screen sections, including how many items to show in each section and their order. The third option, Live Tiles, is brand new and allows you to pick your HTPC to display on the live tiles as well as which content you want to have displayed. Additionally live tiles will automatically be updated in the background every few hours and whenever you launch the app. 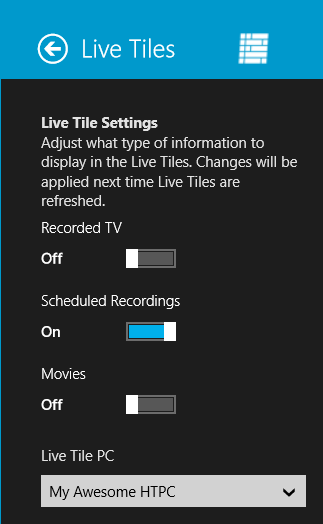 Certification of the latest update for Windows Store shouldn't take more than a few days, so make sure you follow us on Twitter @CetonMyMC for the latest updates! We also just launched a new beta for the My Media Center services with several bug fixes and we are working hard to deliver new features in a new beta in the next few weeks.

Until next time,
James
Back