We love our users and we love app reviews as well. We read every review in the app stores and we really appreciate the feedback and support. Thanks to everyone who has taken time to write up a review … it means a lot to us!  Here are just a few of our favorites so far:

We aren't done yet though! Now that Windows Phone 8 has released there has been a surge in Windows Phone users and we want to let you know what is in store from us.

First, a little bit about the Windows Phone development cycle. With Windows Phone 8 Microsoft basically "automatically upgraded" all of the apps on the app stores. This was fantastic; however they did not release the development tools to developers until just before Windows Phone 8 hit the market. So no one had time to optimize their apps for the new release. This is great if the automatic upgrade went perfect, but not so great if it did not. Luckily, the Ceton Companion did pretty well during the upgrade process, but there were a couple of exceptions:

1.) WiFi scan not working
2.) Some parts of the app seem unreliable and unable to fetch data. 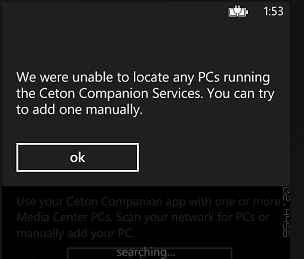 Alright now let's talk about all the new fun stuff we are adding in to the latest version of the Windows Phone app. First off is LIVE TILES!!!! Including Wide Tiles on Windows Phone 8 as well 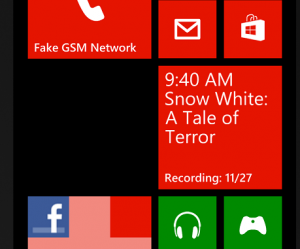 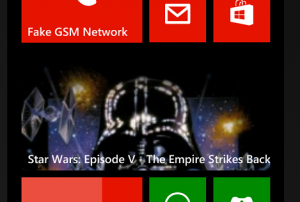 On top of that we also added some other great features such as:
1.) Number pad on the remote
2.) Skip to channel in guide
3.) Play Random Movie or TV Episode
4.) Lots more + Bug fixes

If you followed our previous app updates for Windows Phone, you know that launching apps and updates on the Windows Phone Store is a rather long process. We plan to submit this app update early next week for certification, and then it is out of our hands for a bit while we wait to see if Microsoft gives it the stamp of approval. Hopefully everything will go smoothly and it will be on your phone before Christmas!

As always thank you for all of the support!

Quick Tip: When you are watching Live TV you can press the "OK/Checkmark" button to go to the previous channel.
Back